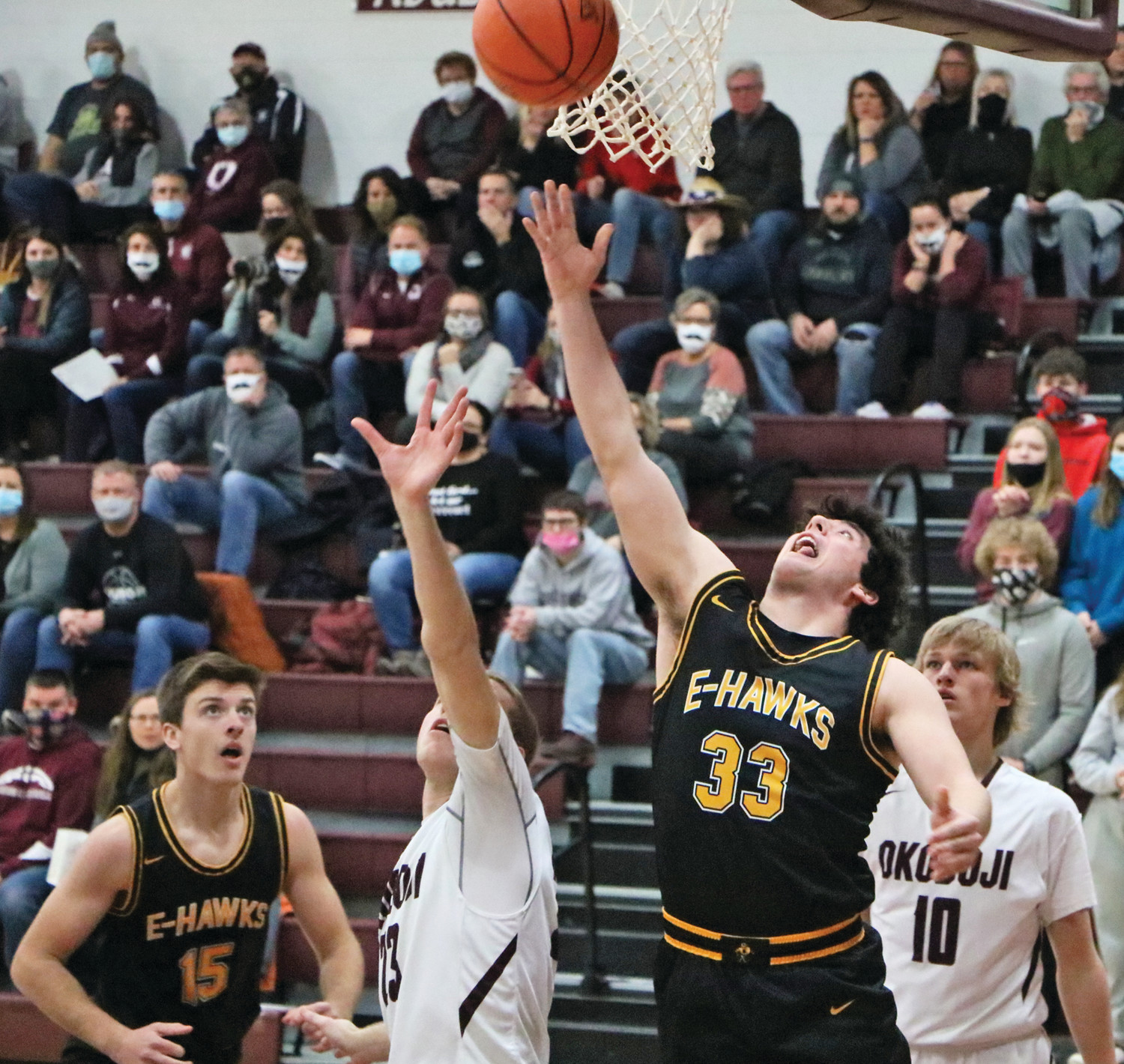 The Emmetsburg boys' basketball season would come to a close in Okoboji Monday night, with the E-Hawks falling 52-44 to the Okoboji Pioneers in the first round of district play.

"I thought we executed our game plan defensively and our kids gave us a chance to win," said Bill Geelan, head coach of the E-Hawks. "Okoboji has a lot of very talented scorers and we felt we did a great job of keeping them in front of us the whole night. Offensively, we really did a much better job of attacking them off of the dribble to create some better looking shots for us. Unfortunately we weren't able to take advantage of some close looks and free throws that may have changed the game a little bit."

Emmetsburg would fight hard throughout the contest. An evenly matched first half of play would send the E-Hawks into the break down only by six points. Following a third quarter offensive run by Okoboji, the E-Hawks would get close to overtaking the Pioneers in the fourth, bridging a 12 point deficit to within three points, 44-47, in the final minutes of play. However, key missed shots would give Okoboji the edge with time expiring.

"I'm extremely proud of how hard our team played on both ends and of how they battled for a full four quarters," said Coach Geelan. "That's the type of grit we want to instill in our players each and every year and they showed they had plenty of that Monday night."

"Looking back on the season, I felt we ended the year headed in the right direction," said Coach Geelan. "We struggled to find our comfort level at the beginning of the season both offensively and defensively. With a senior led group, the expectations to turn up the intensity was high. As we moved forward and found out how hard we needed to play as a team on both ends to compete, we were a much more effective team. Our guys had a nice stretch after the holiday break where we really found ourselves defensively and held some really good scoring teams down and we were playing with a lot more confidence offensively. The season ended much sooner than we wanted, but I felt our guys were playing much better basketball at the end. I'm very proud of the effort of all of our guys, especially our seniors who really stepped up and were great role models for our younger guys!

Read the full article in The Democrat.