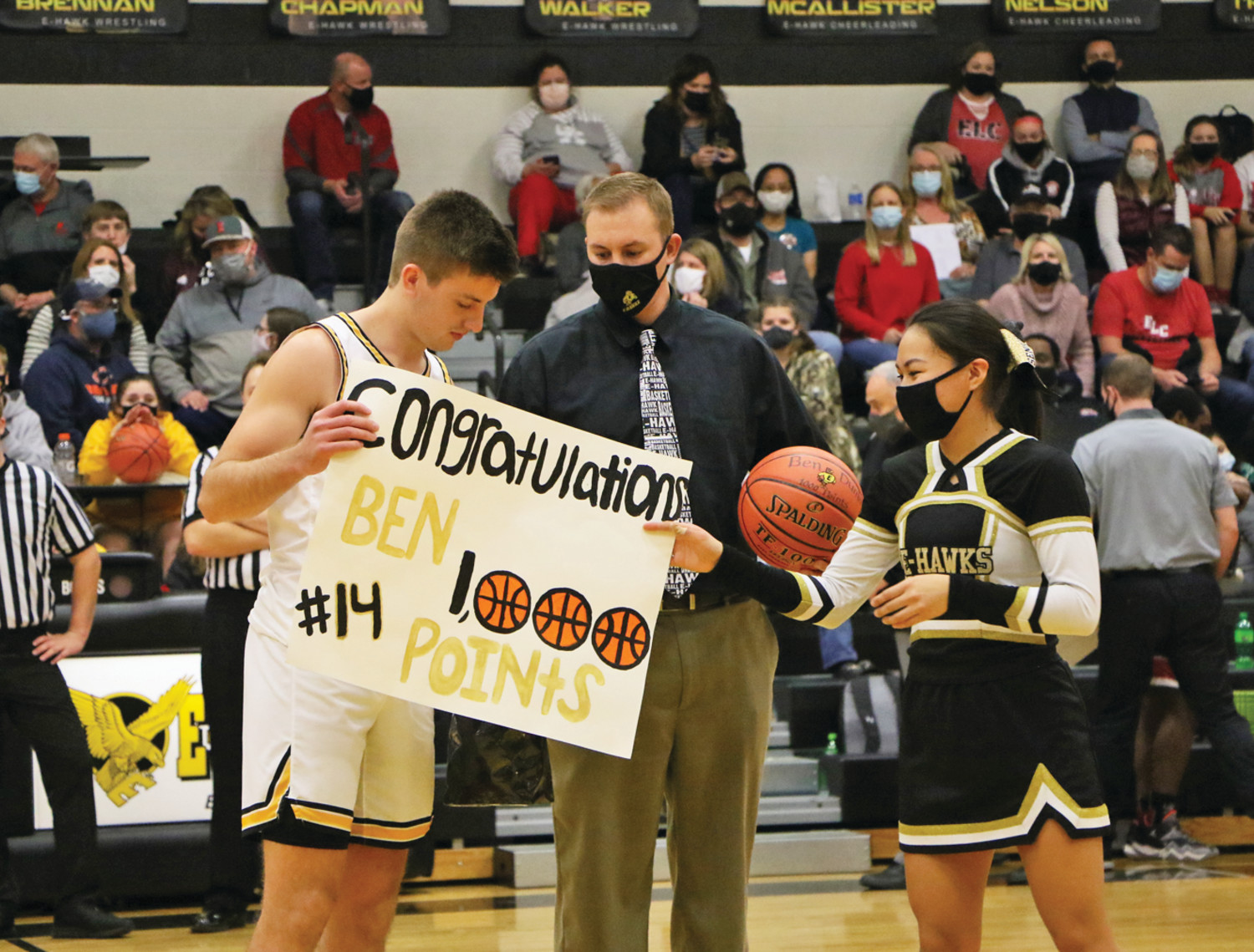 Emmetsburg boys' and girls' basketball would host Estherville Lincoln Central (ELC) and face Pocahontas Area on the road late last week. The Lady E-Hawks would fall to the 13-2 Midgets in a 39-35 setback Thursday night, but come back strong against the Indians on Friday in a 47-34 victory. The E-Hawks would win both contests, defeating ELC 48-44, and Pocahontas Area 55-41.

The Lady E-Hawks would struggle in the early minutes of Thursday night's contest against ELC, scoring only once in the first quarter and quickly facing a 13-2 deficit. After entering the break down 26-13, the girls would pick up momentum in the second half. An aggressive offensive attack would bring Emmetsburg to within four points, but the Indians would ultimately prevail.

Senior Abbie Schany would put up 13 points on the night, while fellow senior Taylor Steinkamp would tally seven and Maddy Mueller would score six.

Friday's win over the Indians would see the Lady E-Hawks hit the court running, maintaining the advantage throughout the contest. Up by four heading into the fourth quarter, the girls would put together a dominant offensive and defensive performance in the final minutes, pulling away with the 47-34 conclusion.

At press time, individual player stats were not made available.

The win brings the Lady E-Hawks to 6-0 in conference play, 8-6 overall.

The E-Hawks would put together an exciting battle at Emmetsburg High School Thursday night, trading shots with the Midgets all throughout the first half. A second quarter defensive push would send the boys into halftime up 19-18. ELC would pull away from the E-Hawks in the third and early fourth quarter, but an energetic rally by Emmetsburg in the final minutes of the game would spell all the difference, and the E-Hawks would come away with a big 48-44 win.