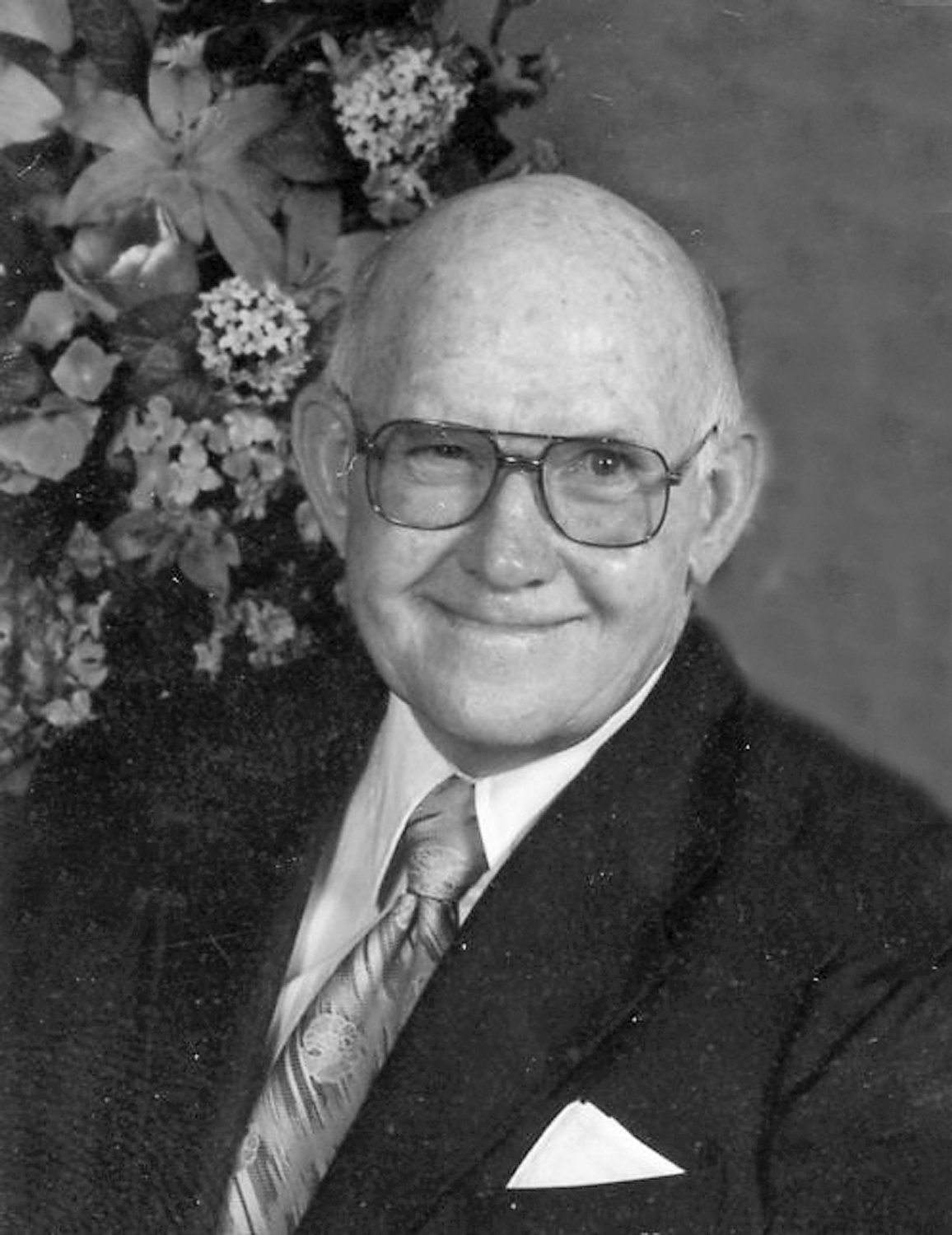 Funeral service for Ellsworth "Butch" Hauschen was held Monday, Dec. 5 at St. Paul Lutheran Church in Emmetsburg. The Rev. John Koopman was the officiant. Inurnment will be at Evergreen Cemetary in Emmetsburg.
Ellsworth Lowell Hauschen, son of Oliver and Kathryn (Conrad) Hauschen, was born September 12, 1927 in Emmetsburg. He received his education in Emmetsburg. Butch helped his father on the farm and worked various jobs in town.
In 1946 Butch enlisted in the United States Army Air Corp which later became the United States Airforce. Butch was honorably discharged in 1949, attaining the rank of Sergeant.
Butch returned to Palo Alto County and was united in marriage to Joan Delores Garrelts at Zion Lutheran Church in Ayrshire. They were blessed with five sons. Butch and Joan farmed near Emmetsburg for many years before retiring in the early 1990s. They then moved into town and Joan opened a ceramic shop. Butch helped Joan in her shop for several years.
Butch was a faithful member of St. Paul Lutheran Church. Butch and Joan were active in developing Willing Workers which later became Horizons Unlimited.
Butch enjoyed gardening, raising many vegetables which he and Joan canned and froze for future use. They loved to travel together and always looked forward to spending time with their family. Their grandchildren were very important to them.
Butch passed away Sunday, November 29, 2022 at the Emmetsburg Care Center at the age of 95. He was preceded in death by his parents, Oliver and Kathryn; his wife, Joan Hauschen; two sons, Timothy and Kenny; and a sister, Kay Domek.
He is survived by his sons, Larry Hauschen of Bardstown, Kentucky, David Hauschen of Des Moines, and Steven (Dawn) Hauschen of Emmetsburg; eleven grandchildren; twenty eight great grandchildren; as well as many other relatives and friends.
Condolences can be left at
www.martinmattice
funeralhome.com