Emmetsburg Basketball Back in Action 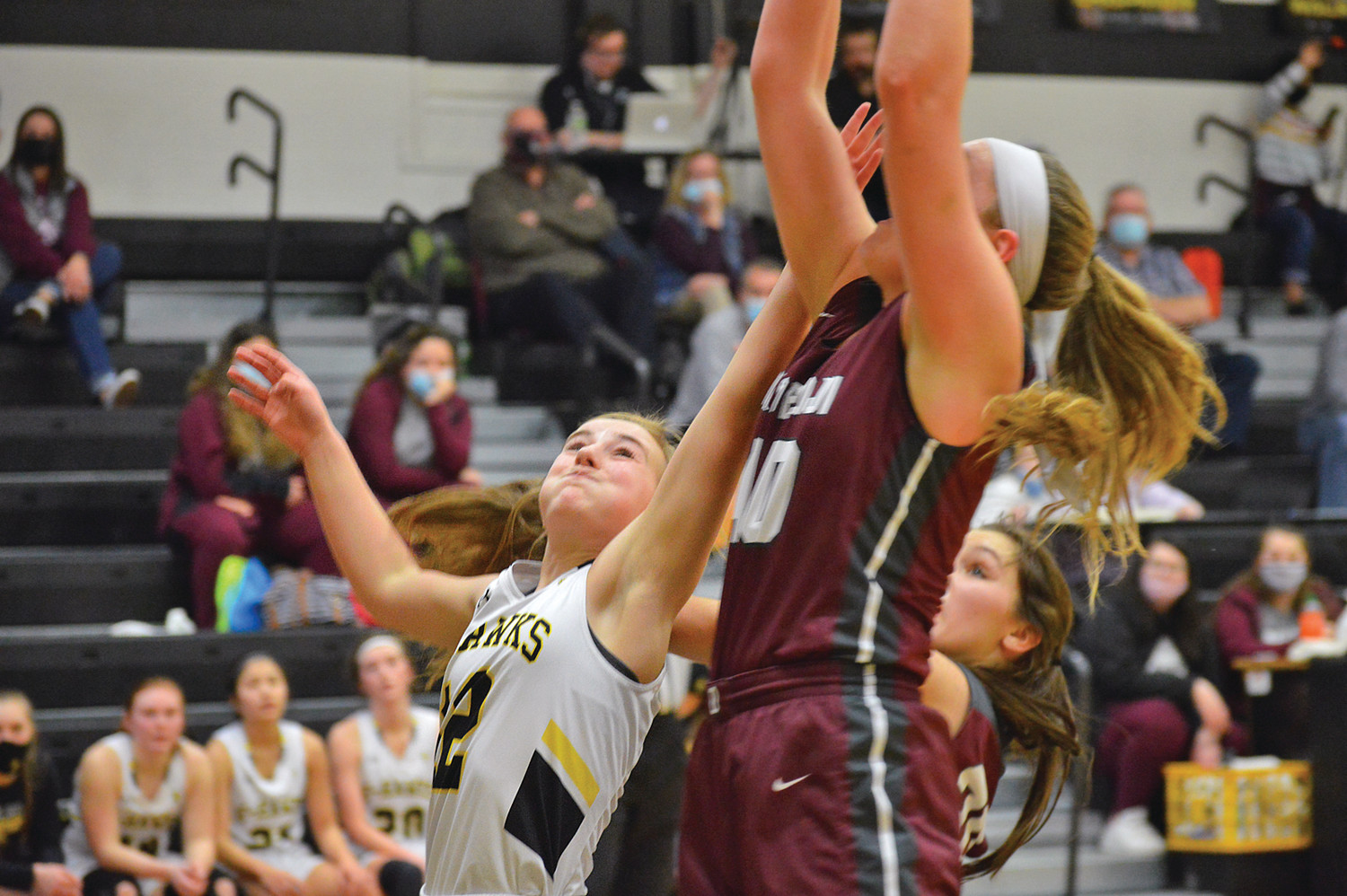 EMMA AUTEN jumps for the rebound against Okoboji Thursday night at Emmetsburg High School. The Lady E-Hawks would start strong but come up short to finish 36-45.
Posted Friday, January 15, 2021 6:08 pm
by Joseph Schany

Emmetsburg Basketball would be back in action last week after returning from Winter Break.

"The girls have been working really hard in practice and have developed into a great defensive team," said Head Coach Anny Fiene. "We have struggled recently offensively but I'm very proud of how the girls have handled it. I know they have been frustrated but it never showed in how they played. They continued to battle day in and day out and that is the reason they have been competitive or successful in almost every single game this season."