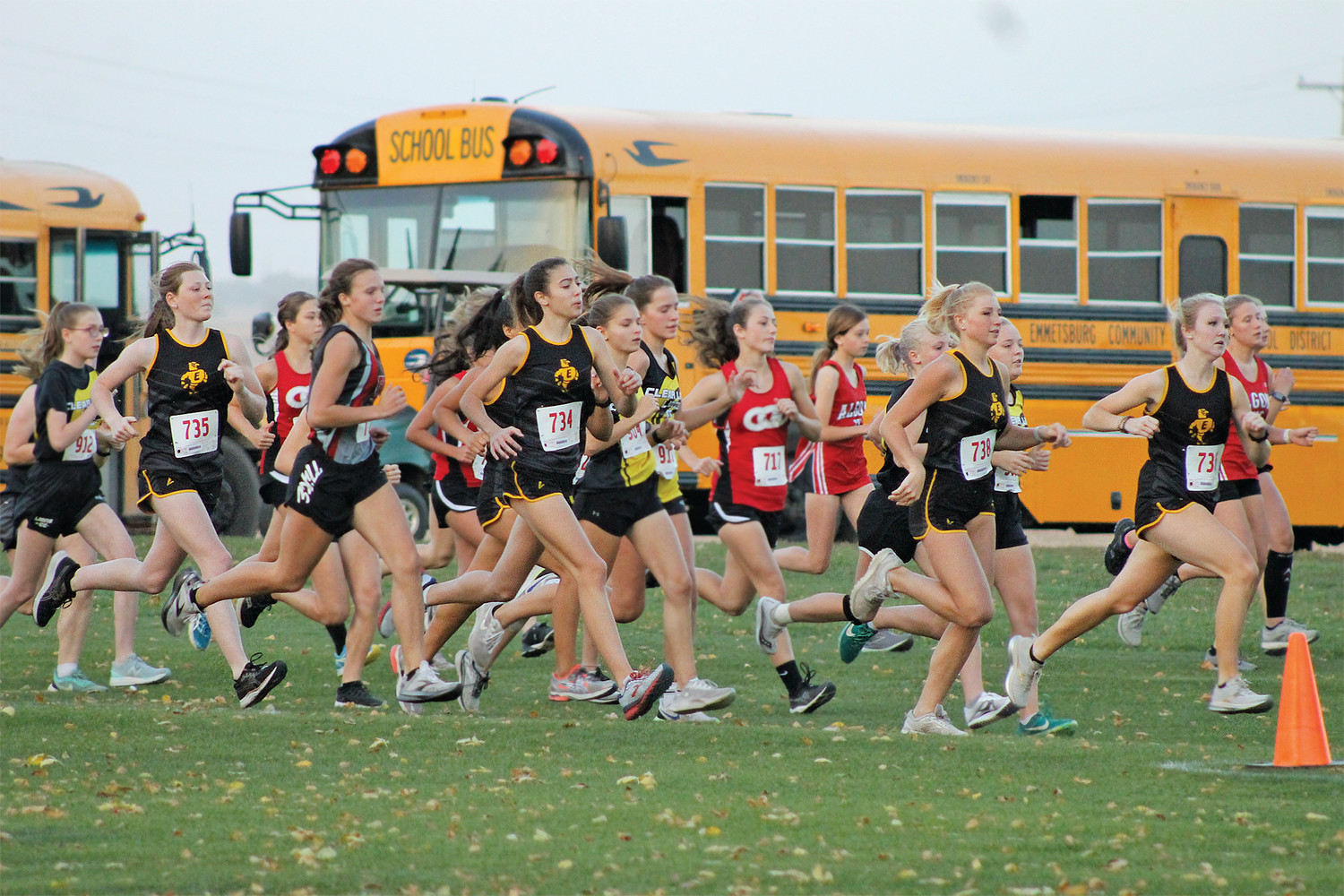 SECOND PLACE -- The E-Hawk varsity girls would earn a second place finish in Class A of the Dick Bell Invitational in Eagle Grove on Tuesday. Pictured, Emmetsburg runners (from left) Allison Fischer, Isabel Doyle, Taylor Steinkamp, and Izzy Householder pick up speed in the early stages of the race. Householder would place second in 22:01.
Posted Wednesday, October 14, 2020 10:53 am
by Joseph Schany

EAGLE GROVE -- The varsity girls from Emmetsburg would place second overall in the Dick Bell Invitational Class A competition on Tuesday, as harriers from both Emmetsburg and Graettinger-Terril/Ruthven Ayrshire (GTRA) traveled to the cross country event at the Eagle Grove Golf Course.

Izzy Householder would earn second place for the E-Hawk varsity girls, finishing in a time of 22:01. Following closely behind would be Isabel Doyle, taking fifth place in 22:46.

The varsity boys of Emmetsburg would place seventh on the day in the Class A race, with Cade Jacobson earning 21st in 19:28, and Isaac Janssen placing 24th in 19:38.

In Class B, the Titan varsity boys of GTRA would earn sixth place, with Aiden Egertson finishing 21st in a time of 21:10.

The West Bend-Mallard Wolverines would head to the South Central Calhoun Invitational on Tuesday, with the varsity girls taking 11th place at the event.

Julia Fehr would again have a strong showing this week, placing eighth in a time of 22:24.