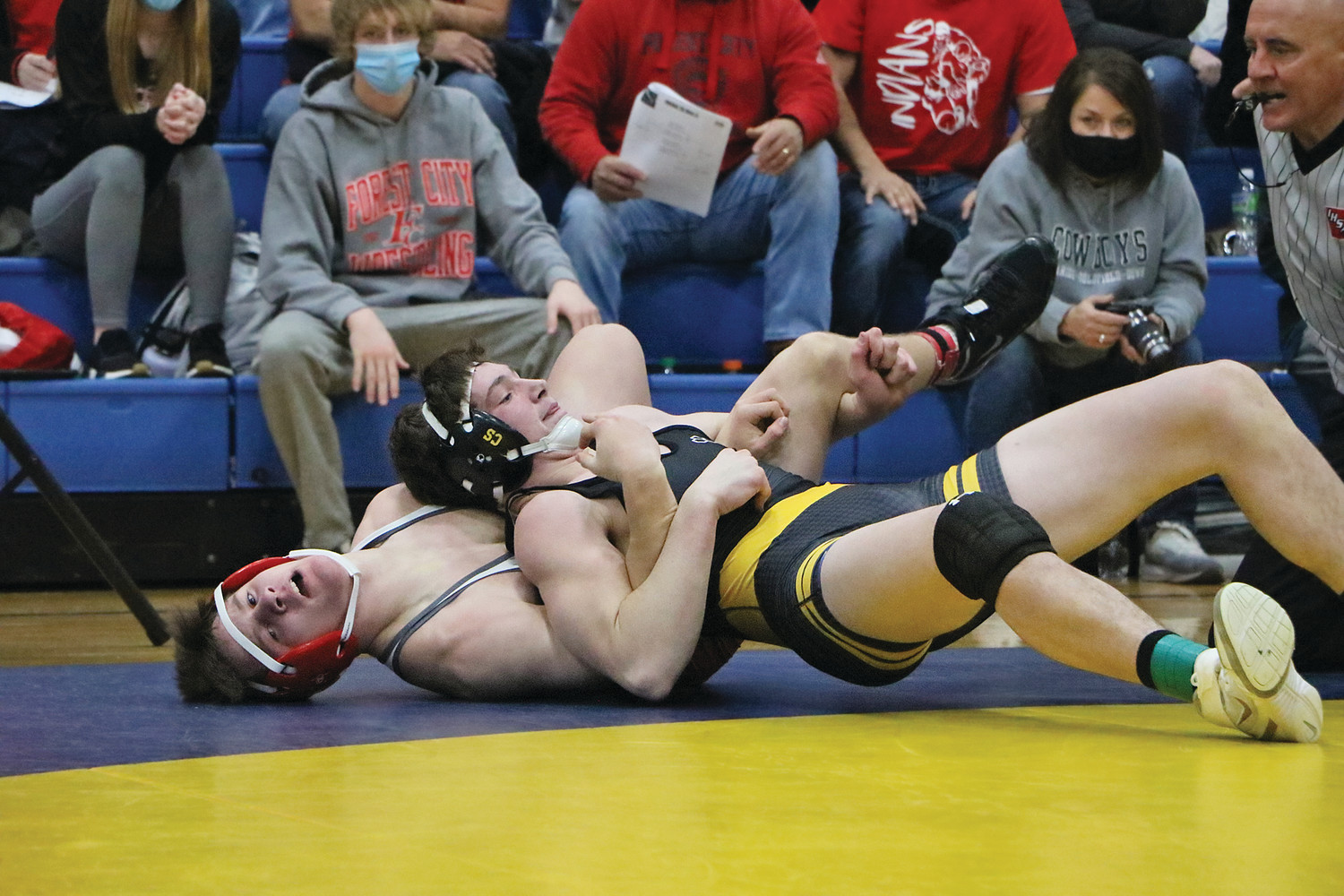 At the Class 2A District 4 tournament in Humboldt, the E-Hawks would earn a fourth place overall finish out of 11 competing schools, with four individuals moving on to state competition. Emmetsburg senior Matt Wirtz would earn the championship title at 195 pounds, and fellow senior Jordan Anderson (220 pounds), along with sophomores Ryan Brennan (138 pounds) and Cade Shirk (160 pounds), earned second place honors and a trip to Des Moines.

"Saturday was a good day for us," said Mark Klaus, co-head coach of E-Hawk Wrestling. "All of our guys fought hard and battled through adversity. Our guys fight and because of that we tend to find some success. Postseason tournaments are emotional roller coasters, with high levels of competition. It's exciting to come out with the upper hand and devastating to come out on the wrong end. We have four guys moving on to Des Moines and we are now working towards putting them on the podium."

Added Klaus, "We've had a great year. We were conference dual and tournament champions, regional dual finalists, had an 18-1 dual record and now we have four guys moving on to state where we have a chance to chase some medals!"

Along with Emmetsburg's athletes, West Bend-Mallard's Donavon Hanson will also be heading to Wells Fargo Arena. Hanson, wrestling at 113 pounds for the Wolverines, earned a second place finish in the Class 1A District 6 tournament held in Sioux Rapids over the weekend.