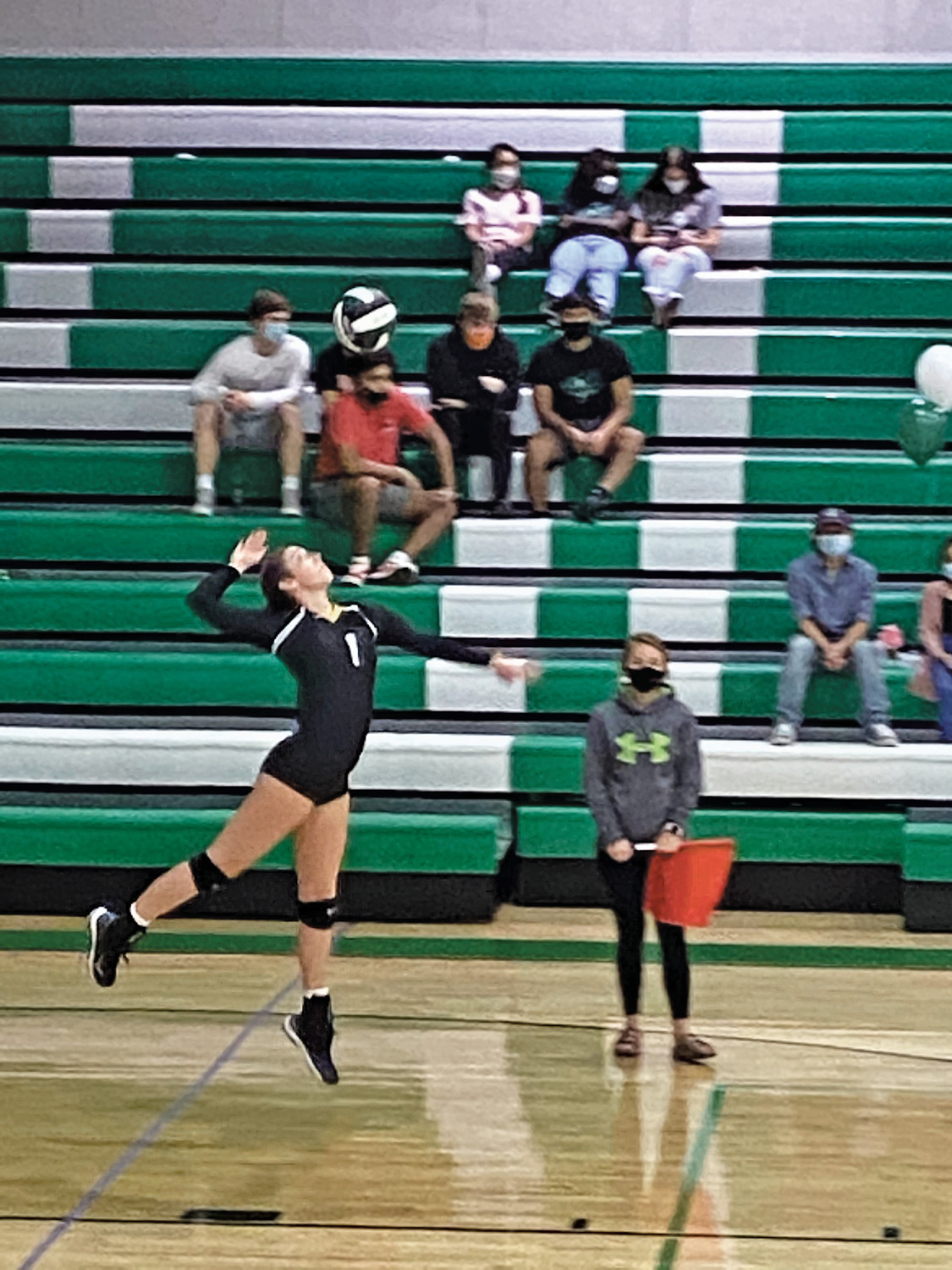 MACY MCALLISTER knocks one over the net during Emmetsburg’s 3-1 win over Storm Lake on Tuesday.
Posted Wednesday, October 14, 2020 10:30 am
by Joseph Schany

STORM LAKE -- Coming off a tough road loss to East Sac County earlier in the week, the Lady E-Hawks would bounce back in a hard-fought 3-1 win over the Storm Lake Tornadoes on Thursday night.

Maddy Mueller would hit nine kills, pick up a solo block, dig out eight shots, and serve 15 of 17 with five of Emmetsburg's 11 aces.

Raegan Swanson would also get eight digs in four sets, and serve 14 of 17 with two aces.

Emma Auten would serve 11 for 13 with an ace, while Emily Schany would pick up three kills and serve a perfect 10 for 10 with one ace.