Lady E-Hawks Dominate in Back to Back Blowouts 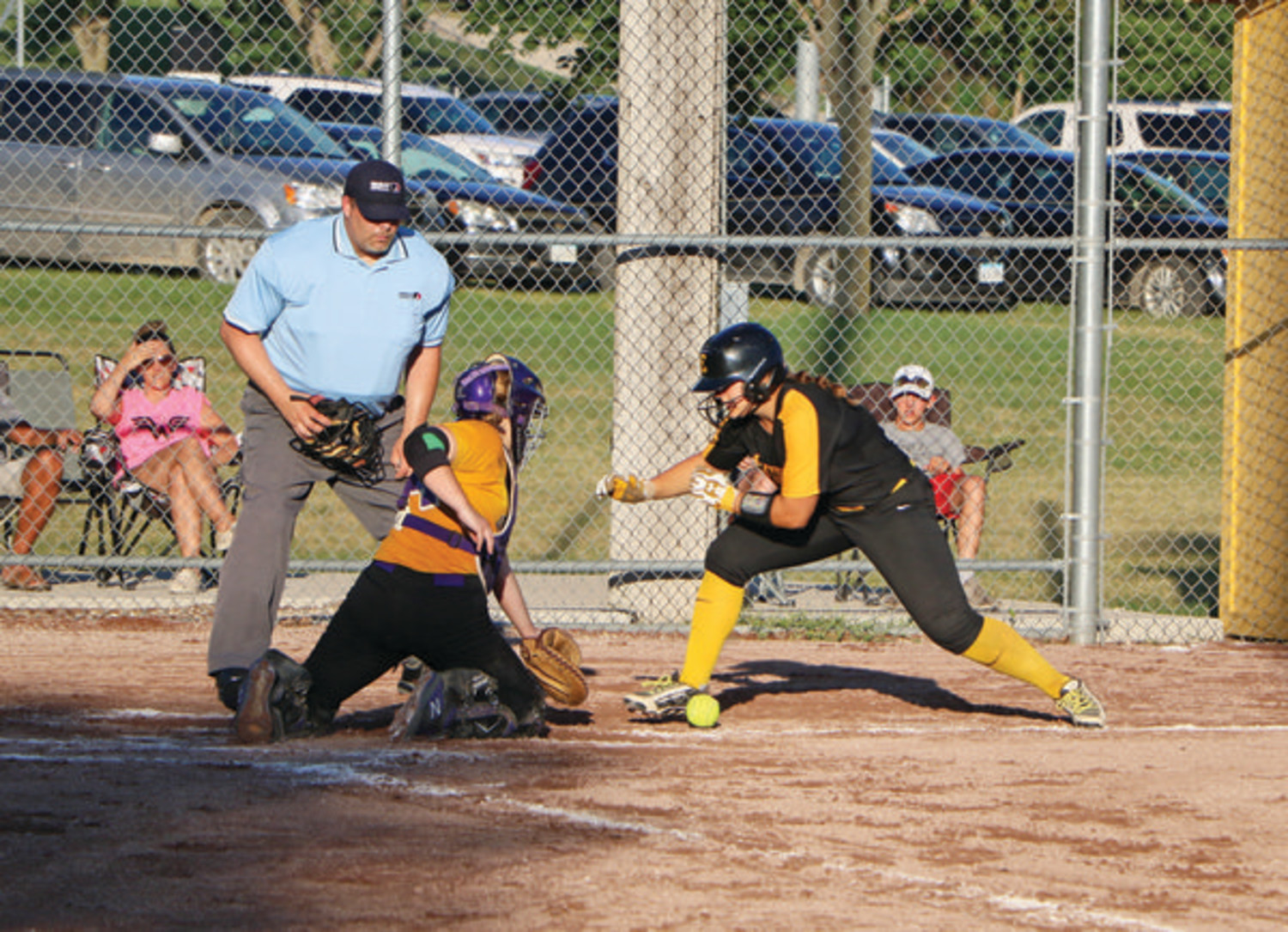 SAFE AT HOME - On Thursday, Emmetsburg’s Cheyanne Fries (right) prepares for a battle at home plate against West Bend-Mallard’s Anna Ackerman, but scores before the ball arrives. The Lady E-Hawks would get the win, 11-1. -- Joseph Schany photo
Posted Tuesday, July 14, 2020 12:00 am
by Joseph Schany

The Lady E-Hawks were firing on all cylinders last week, handily defeating Garner-Hayfield in a 16-0 blowout on Wednesday and dominating West Bend-Mallard (WBM) in a 11-1 victory on Thursday.

Traveling to Garner on Wednesday night, Emmetsburg's Lindsay Carter would be brilliant on the rubber, pitching a no-hitter to lead the Lady E-Hawks to the 16-0 shutout win in three innings. Carter would also strike out five during the contest.

Emmetsburg would hit the ground running, scoring nine runs against the Cardinals in the first inning. Abbie Schany would put the Lady E-Hawks on the board first, driving a grounder to shortstop to send Carter in for the score, followed by a Macy McAllister line drive to center field to send two more runners to home. Presley Heinrichs would crush a bullet to right field for a triple, allowing another two Emmetsburg runs, while RBIs from Cheyanne Fries, Brie Madden, and Molly Schany would add to the early lead.

The second inning would again see Emmetsburg run up the score, tacking on seven additional runs. Contributing to the inning was another Heinrichs triple, a Kourtney Kogel line drive single, a Carter sacrifice bunt, a Raegen Swanson grounder, and a double to left field by Abbie Schany.

Emmetsburg would tally 13 hits in 21 at bats on the night.

On Thursday night, the Lady E-Hawk offense would again rack up the points to win big over the Wolverines.