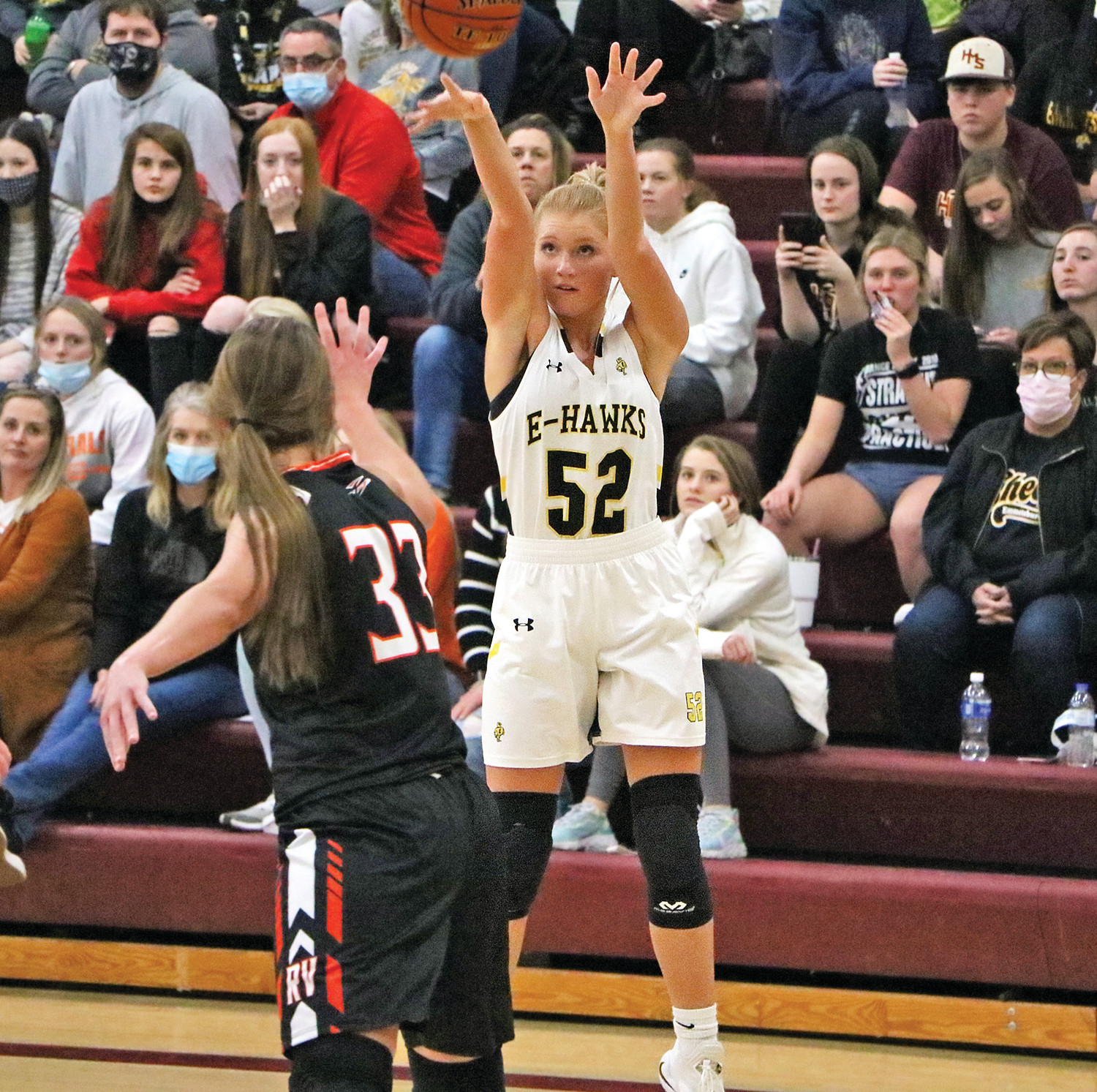 The 2020-21 Lady E-Hawk season came to an end in Hartley Wednesday night following a tough loss in the Class 2A Regional Championship. Despite a strong defensive effort by Emmetsburg, the girls would face a 22-40 setback against the Rock Valley Rockets. The Lady E-Hawks finish out the season 9-2 in conference play, 15-9 overall.

"Heading into the Rock Valley game we knew we were facing a very good 15-9 basketball team," explained Lady E-Hawk Head Coach Anny Fiene. "They play in a very tough conference and lost several close games to some very high quality basketball programs. We came into the game with a game plan focused on taking away their two main scorers, and I thought we really executed the defensive game plan as we were able to hold those two kids to under their season average and hold the team to 40 points. Most nights out, if you hold a team to 40 points you win the basketball game, but Rocky Valley had a lot of size and really made it difficult for us to score anything going to the basket.

Emmetsburg would struggle to put up points against a tough Rockets defense, facing an early 16-4 deficit in the first quarter. The girls would continue having trouble making shots, especially the long ball, with all nine three point attempts unsuccessful.