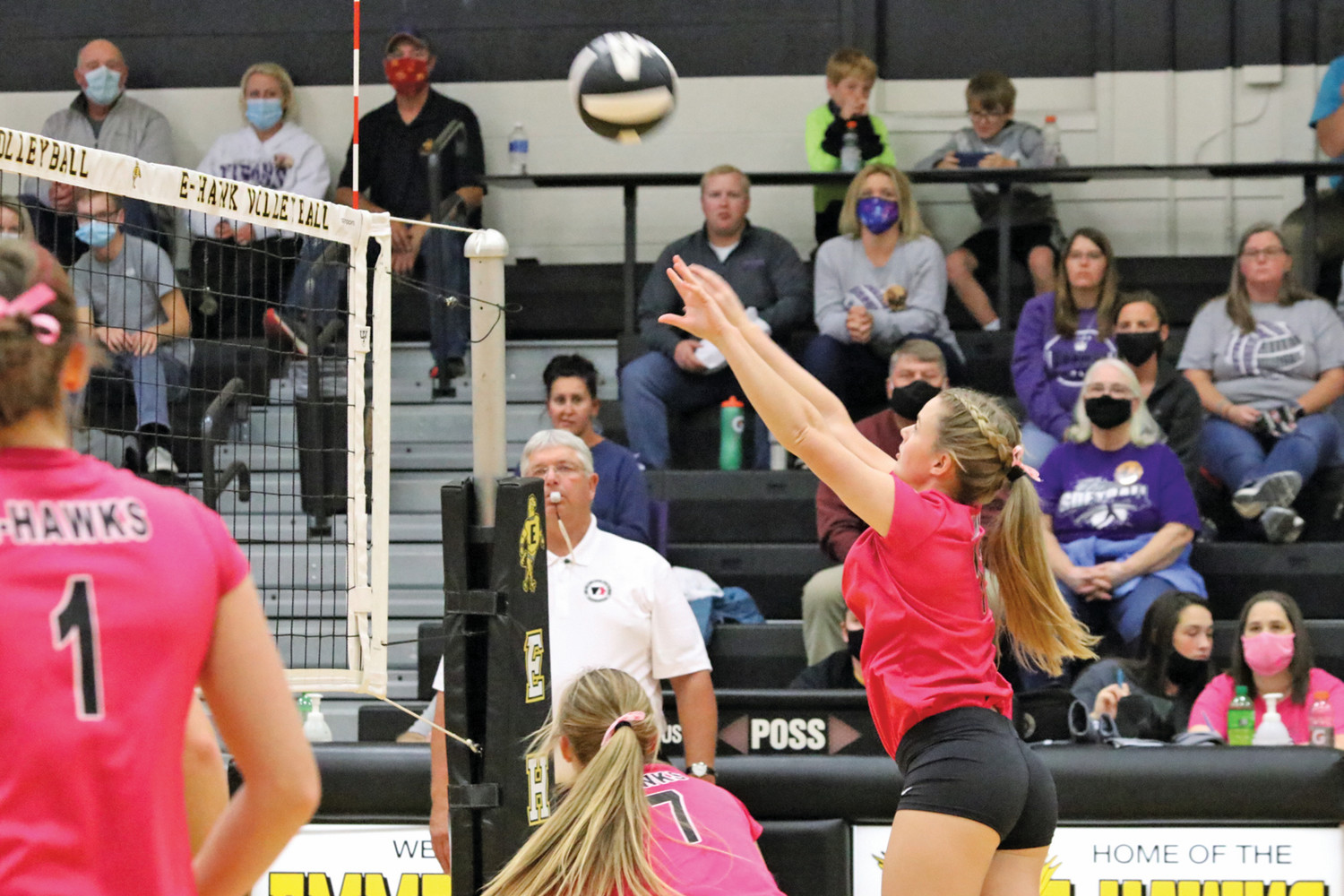 On Pink-Out Tuesday at Emmetsburg High School, the Lady E-Hawks would take down the Titans of Graettinger-Terril/Ruthven-Ayrshire in a 3-0 victory, with scores of 25-15, 25-12, and 25-13.

Offensively, Macy McAllister and Maddy Mueller would lead the Emmetsburg attack, with McAllister tallying eight kills in three sets and Mueller knocking in six. Teammate Abbie Schany would crush five kills on the night, and Brie Madden would pick up four for the Lady E-Hawks.

Schany and Raegan Swanson would each dig out four shots defensively, while McAllister and Mueller would pick up three and two digs, respectively.

The win brings the Lady E-Hawks to 16-6 overall on the season.