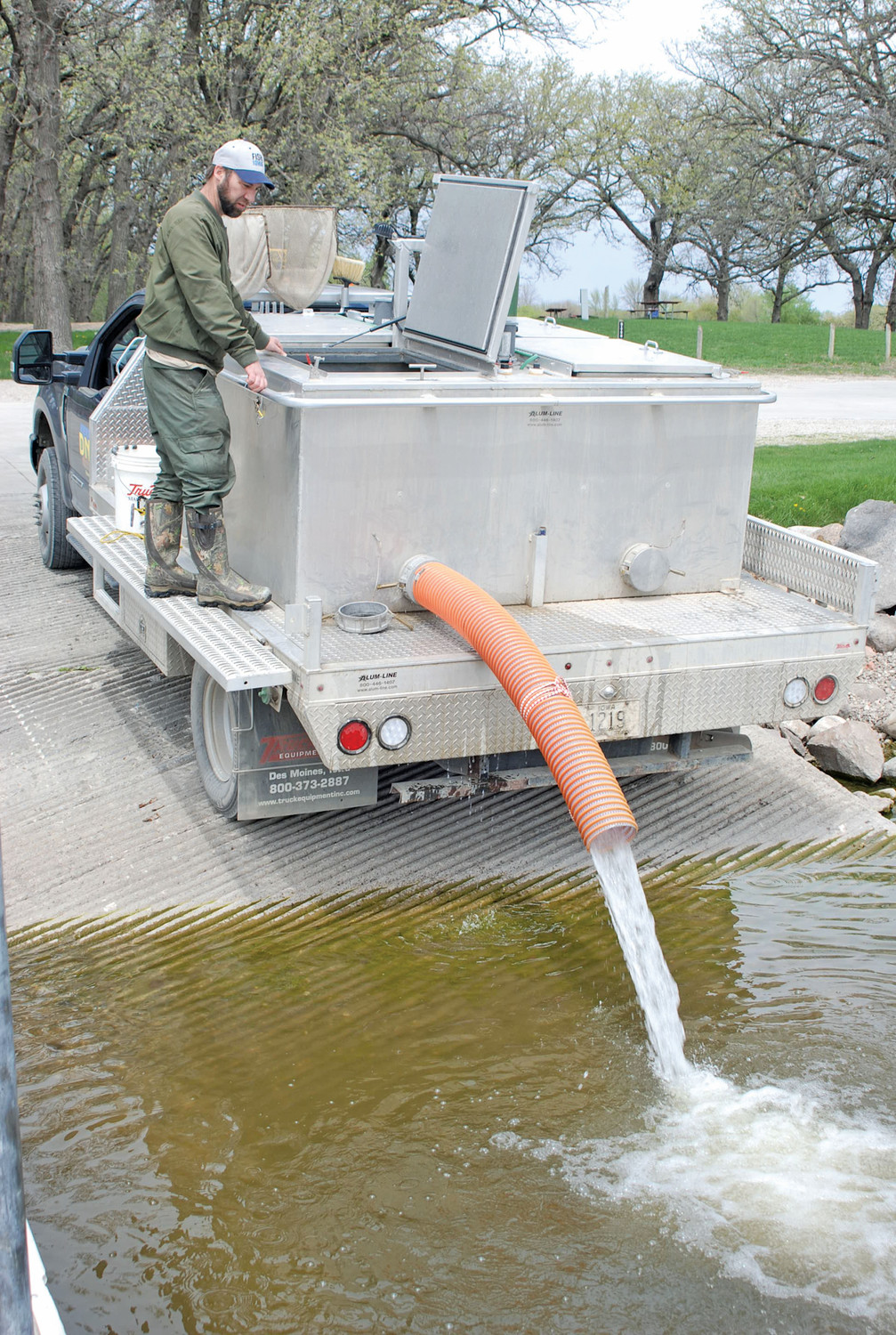 Last Wednesday, May 6, the Iowa DNR could be spotted stocking Five Island Lake with hundreds of thousands of tiny walleye fry as part of their annual stocking run. Walleye fry from the Spirit Lake Fish Hatchery were poured into the lower west side of the lake in an effort to maintain the walleye population. Even though there are high stock numbers involved, it is estimated that a fraction of a percent will survive.

Because walleye don't generally reproduce naturally in their degraded habitat, they are sustained through stocking. According to the Iowa DNR, walleye fry have been stocked extensively in Iowa for at least five decades, with the newly hatched walleye poured directly into lakes and rivers across the state. Their survival is variable from year to year mostly due to environmental conditions and other factors like water temperature, timing, etc. The fry stocking will be followed up with the stocking of fall fingerlings which are meant to fill in in case enough fry won't survive.

At left, walleye fry are unloaded into Five Island Lake. Inset are thousands of walleye fry in the tank.