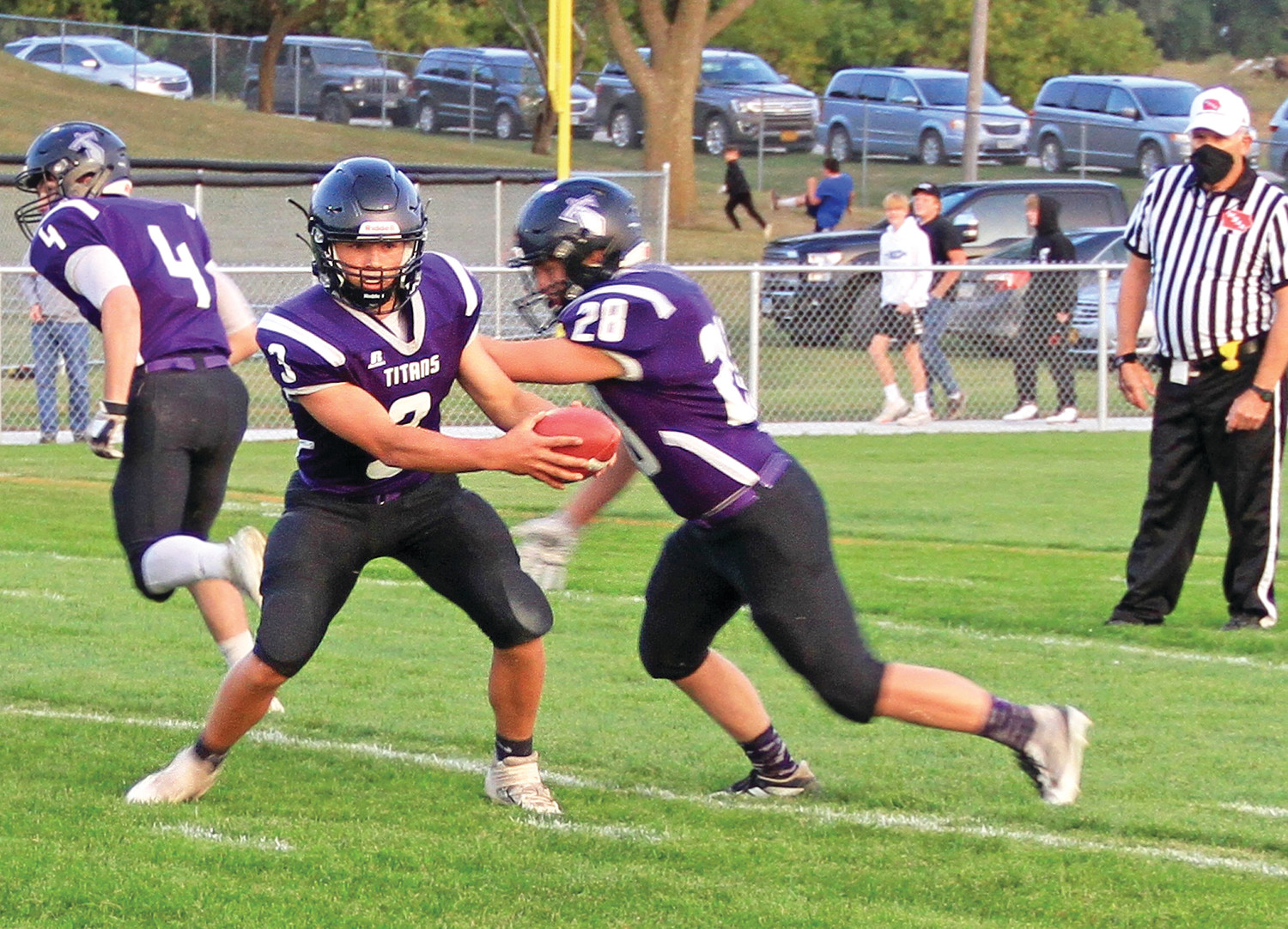 RUTHVEN -- The Graettinger-Terril/Ruthven-Ayrshire (GTRA) Titans struggled to move the ball against a tough Harris-Lake Park last Friday night, falling in a 39-0 Homecoming setback. The loss moves the Titans to 1-2 on the season.

The Titans entered the game coming off of a big 36-18 victory over River Valley a week before. However, a tough start would force the Titans into an early 32-0 deficit by halftime of which they could not recover.

Sophomore quarterback Max Hough would complete four of eight passes for five yards on the night, rushing the ball for another 11 yards.

Junior back Cormick Currans would rush for 22 against Harris-Lake Park and grab two pass completions on the night.

Though having no turnovers on the night, the Titan offense would struggle to pick up yards, ending the game with just 33 total yards of offense.

Defensively, Currans and Hough would lead the Titans with six tackles. Currans would have five solo hits on Harris-Lake Park, while Hough would pick up four tackles on the night.

The Titans will next hit the road to battle an tough and undefeated Remsen St. Mary’s on Friday, followed by another road game against Kingsley-Pierson on Friday, Oct. 2.

GTRA will finish the regular season against Newell-Fonda at home.