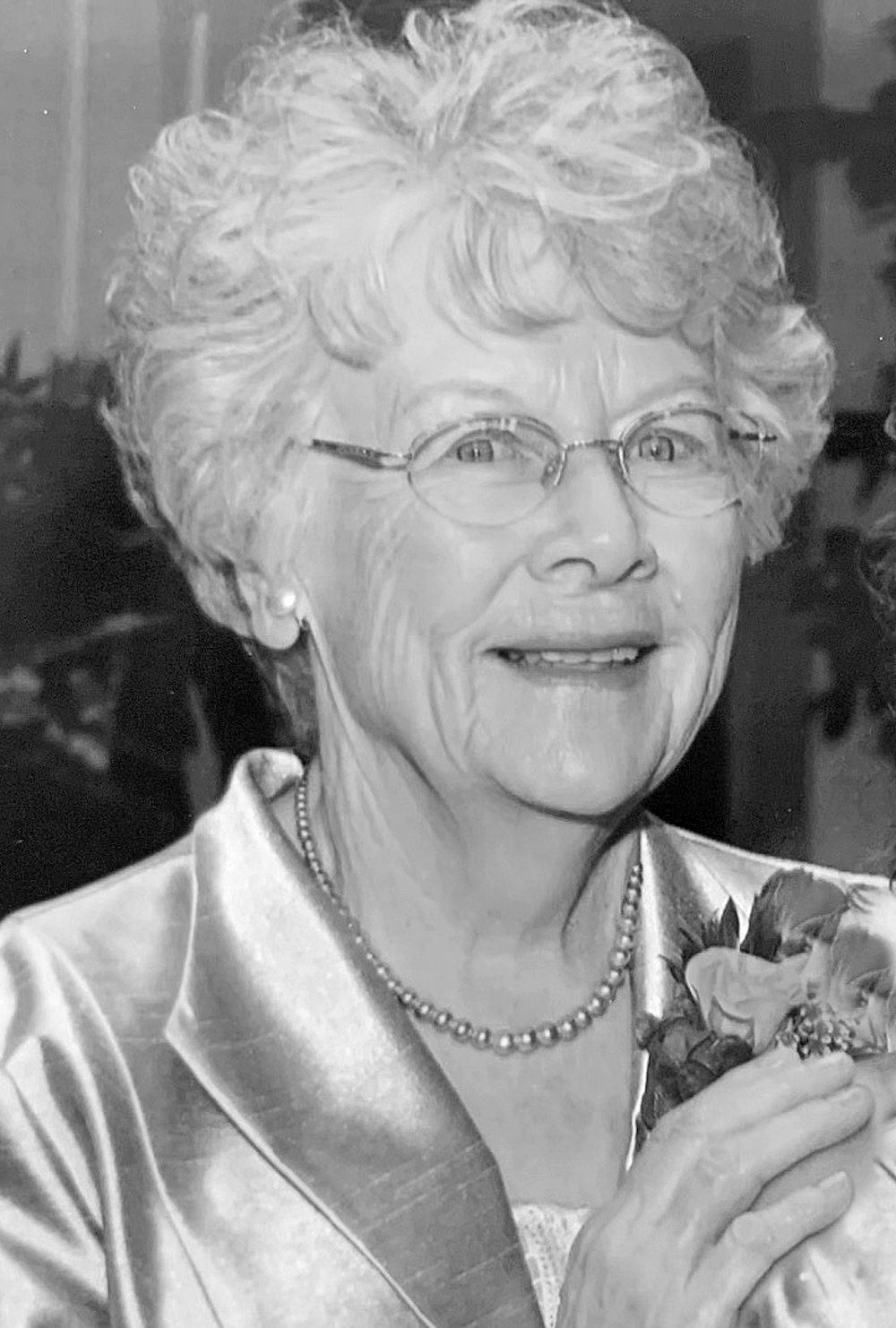 Funeral service for Patricia Carter of Emmetsburg is Saturday, Dec. 3, at 11 a.m. at Grace Church in Emmetsburg. The Rev. Curtis DeFord will officiate.
Burial will be Monday, Dec. 5, at 3 p.m. at the Clear Lake Cemetery in Clear Lake. The Martin-Mattice Funeral Home in Emmetsburg is in charge of arrangements.
Visitation is Saturday, Dec. 3, from 9 to 11 a.m. at Grace Church.
The family would appreciate memorials to be in Patty’s memory to Hospice of Palo Alto County.
Patricia “Patty” Mabel Carter, age 93, of Emmetsburg, died on Wednesday, Nov. 23, 2022 at PARC Hall with family at her side.
She was born on May 22, 1929, at Arnolds Park, to Albert and Delma (Ulrich) Heick. Patty graduated from Spirit Lake High School in 1947.
She married Eugene Ross Carter on Sept. 7, 1952 in Sioux City. Patty worked at the local Northwestern Bell telephone office in Sioux City as a teller. They lived in Sioux City, LuVerne, MN and Glidden, before purchasing the funeral home and furniture businesses in Kanawha in 1962. In 1972 they acquired a funeral home in Britt. They retired in 1985 to Clear Lake.
Patty then worked at North Iowa Area Community College in Mason City as a receptionist for many years, retiring at the age of 86. She moved to Emmetsburg in 2016. She made lifelong friends at NIACC and cherished her NIACC “family”.
Patty enjoyed her family and especially time with all of her grandchildren and great grandchildren. Patty enjoyed cooking, reading, and doing Sudoku puzzles. Her friends at Willow Ridge can attest to her ability to win at Domino’s and Bingo. She was known for her chocolate cake with white fudge frosting. At NIACC she was famous for her brown paper bag apple pie, and no, she never burned down the house baking it! She was a loyal Emmetsburg E-Hawk and University of Iowa Hawkeye fan.
Patty grew in her Christian faith over the years. When living in Clear Lake, she attended church regularly, belonged to a prayer group, and attended bible studies often. She was a prayer warrior.
When she moved to Emmetsburg, she attended Grace Church with Brian and Jane frequently, and Pastor Curt DeFord visited her often during her time at Willow Ridge and PARC Hall. How fitting that the last prayer that Patty heard was Pastor DeFord praying while her family gathered around her as she passed away. Pastor DeFord said that was the fastest answer to prayer, that she would pass away peacefully to be with her Lord and Savior, Jesus Christ.
She is survived by her three children, Bruce (Faith) Carter, Clear Lake, Ann Baier, Alden, and Jane (Brian) Palmer, Emmetsburg; eight grandchildren and nine great-grandchildren; two brothers, Charles Heick, Las Vegas, NV, and James Heick, Riverside, CA; and a sister Judy Moon, Baldwin, MO; and many nieces and nephews.
Patty was preceded in death by her parents; son, Todd Carter; grandson, Adam Carter; sister, Jeanne Hanby; brothers–in-law Henry Hanby and Hugh Moon; sisters-in-law, Barbara Heick and Gloria Heick; and sons-in-law, Phil Wellik and Mark Baier.
+written by the late Todd Carter in 2020.
Condolences can be left at
www.martinmattice
funeralhome.com